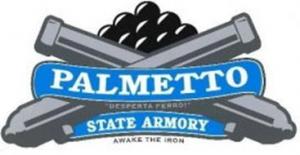 Treat Yourself to Savings with Palmetto State Armory Military Discount

If you are building a firearm and need a source where you can find all the components you will need for your next build, then this is the place to go. I have built several AR’s from Palmetto State Armory by either piecemeal or with the barreled and non-barreled kits that they offer. My first “perception” of PSA was that they were the “Wish.com” of American firearm manufacturers (like the website that offers cheap and poorly made Chinese products). My perception couldn’t have been any further from the truth. The quality of their products that I have handled, bought and used to build with have been top notch to the point that you’ll wonder “what’s the catch?”. The prices are so low compared to other vendors that it’s a “too good to be true” sort of deal. Now don’t take this out of context as if I’m saying it’s dirt cheap by far compared to anything in the world. Let’s be reasonable here. They make products such as their BCG that is comparative in quality to other manufacturers, but PSA has the lower price.Now. If you are looking to purchase an American made AK then you are already considered a fool in the firearm community so you might as well keep reading at this point. I went through A LOT of abuse in forums while doing my homework, but in the end it was 100% completely worth it! Years back, PSA made an AKM that didn’t do very well performance wise (Like at all. It was horrible) when it was first released and this was known as the “GF2” model. (they skipped gen1 and went right to gen2). This rifle was absolute garbage that started with a poor redesign of the AKM and it’s manufacturing. They took an already established, over a half century old design and instead of improving upon it, they somehow made it worse. I can list them for you, but the point of this review is to steer you clearly far and away from the GF2 model and towards the light of the GF3.So that became a huge “black eye” to PSA, but there is a spin on this that you honestly never see happen like this. They actually did learn their lesson with this catastrophe and did a complete 180 from top to bottom with this rifle and actually improved upon it like they should have originally done. The latest and greatest one is the “GF3” or third gen which is really important to not mix up seeing how toxic the previous gen was. Anyway, at the time I was in the market for a new AK, and something kept pointing me back to the PSA AK. First off while reading reviews I kept finding people referring to the GF3, but with GF2 features which I found odd At first, but after a few “discussions” I found that all the bad reviews came from people who NEVER owned the GF3 and were only quoting what they read about the GF2! This was rampant and because of this it makes the data on the GF3 completely erroneous because it isn’t the same firearm. Seriously, the difference between the two generations is completely night and day. They took something that was just a disaster and made it into one of the better American made AKMs on the market. Normally you don’t see a turn around that drastic like this. Aside from figuring out the information on the newer model was being misconstrued for the previous one, I actually own a GF3 so I know not from just data anymore, but from experience. I took the risk and bought myself a GF3 and after almost 2,500 rounds through the barrel and intentional abuse to test its reliability, the GF3 is still fierce as ever. I would totally feel safe defending my life with the GF3 if I had to. I hopefully won’t have to, but if you want to be the “hipster” of your AK-47 circle of friends, then I would without a doubt recommend the PSAK-47 GF3. You’ll get the comblock rifle with the rustic soviet backstory, the “scarlet letter” of the previous model, but the performance of Good ole’ American [Re]engineering.
Colonel Kilgore
2020-02-15 07:02:19

Placed a couple of orders - shipping seems timely. One of my lowers was out of spec - the floor of the trigger/disconnector well in the receiver where the back cross-pin resides was milled or forged too high. None of my 6 uppers would close/allow the cross-pin to be inserted due to contact with the bottom of the receiver by the uppers rear-cross-pin lug contacting the floor of the lower. Customer service said they will repair the lower (mill) and re-anodize and resend to me. Overall, I'm very pleased so far with how they have fulfilled orders and provided customer service.
Barry Katz
2019-11-12 06:22:13

I don't understand the poor reviews…

I've placed three or four orders from this company. Their products are good quality for the price, if not totally perfect, and their prices are near unbeatable. The downside is that when they shipped me a kit which included a cheap part substituted for a much better one that was advertised, they refused to make it right. The customer service representative was snide and unsympathetic, even though I had the advertised photo, and photo of what I received to illustrate the "mistake" in shipping. It would be a five star company, if it did just a little more to earn the trust and respect of its customers.

Do I need to sign up for emails at Palmetto State Armory?

How much can I save at Palmetto State Armory?

How can I get social with Palmetto State Armory?